Sachin Tendulkar walks in to bat as India is comfortably placed at 126 for 2. The first ball he faces, he drives it towards long on for a boundary, sublime push as it were. Watching it few thousand miles north, you appreciate the genius. For a moment, the bowler might have thought he had a chance to catch it, but you didn’t think so, because it’s Sachin.

Next few balls are closer to the stumps as Sachin defends. The fifth ball he faces, almost similar to the one he faced earlier, has that little bit of extra flight and a grips the pitch a little more as it dips sharply and rises quickly. Sachin tries to drive it on the up, you see Mark Taylor lunging to his right and holding on to the ball that almost escaped him. The fielding side erupt, the spectators gasp in awe and go silent because Madras crowd wants Tendulkar to score a hundred. That gasp of awe is for the bowler. That man called Shane Warne.

Yours Truly remembers it as if the ball was bowled by Warne only yesterday. As if he were in the stands watching the drama. As if it gets replayed before his eyes everyday. Not quite the ball of the century, but a master of his craft had beaten another master of his craft. Out-thought, out-performed and out-smarted. Although Sachin went on to become Man of the Match and India defeated Australia in that Test, my lasting memory of the match is that of Shane ‘Hollywood’ Warne. Of the drama that unfolded over those five balls. The slow pause-like walk to the crease and quick round arm action ending in a ball turning square. Every walk of his to the crease made you think: What’s next!

As if it was yesterday. As if he could do it again, today. You would be forgiven to think he still could do that today. Only if he was alive.

It’s ironic that his last tweet was on somebody’s death – on Rodney Marsh, another great of his era, sending love to his family – only hours before he would knock on the pearly gates himself.

As that brilliant Cricket writer, Gideon Haigh, said, “His death, aged 52, is as unexpected as any delivery he ever bowled.”

And you wish that all this is lie. Just another round of fake news. Warne will tweet tomorrow saying, “Sorry mate. I was just trying to see how many people react to news of my death.”

You wish. That’s what legends do to you. They make you believe that anything is possible. With Shane Warne, even more so. Because he was not a mere player. He was a walking theater, bigger than any yours truly has seen in sports.

The aura around him, the spectacle that you expected from him made him greater than what he was. The first time I saw Warne, I didn’t think he would go on to become the legend he became. In 2000, he was named top 5 Cricketers of the Century (by Wisden). He was the man of the match twice in the 1999 World cup – in the semi-final and final – just when he was thinking of giving up cricket completely.

Shane Warne wasn’t a saint, nor did he try to sound like one. There were so many things about him that you would consider questionable, many of them reprehensible, some of the things you might say even distasteful. And yet something that makes him, rather surprisingly, popular. Warne spoiled his marriage; we all know of his infamous Text messages; he’s accepted for receiving money from bookie (for which he wasn’t punished enough), and he’s been photographed in ridiculous situations.

At the same time Warne possessed immense charm, you could see a man lacking in self-consciousness – especially after his retirement from playing the game – and a person who was frank, a rarity among the cricket commentators.

Warne has helped sell extra copies of tabloid – News Of The World – thanks to his dalliance with women outside his marriage and also other indiscretions which landed him on the front pages.

One cannot forget his his 12-month suspension from cricket for taking a banned diuretic. Go back to his heydays, the media had an obsession of catching him out, and he rarely let them down in their hunt.

I remember a tweet from him – in early 2010s – where he explained how the world has changed with an example of a fan who saw him and while he was ready to oblige the fan with an autograph, the fan wanted a selfie instead. And that made me feel, while being in the wrong side of 30s, perhaps I have grown older too.

Warne simply had a way of endearing himself to almost everyone that knew him, or even those who wanted to know him. Everyone knew and accepted what he was doing is wrong, but you would forgive him just as you would forgive a puppy who soils your cloth while trying to cuddle with you.

This was the man – a chain smoker – who accepted a sponsorship to give up smoking. Soon after he was photographed by a schoolboy at a New Zealand cricket ground with a cigarette in his mouth.

As a cricketer, we saw his guile, cunning at times, yet a smile from him would appear naive and you would forgive him. An endearing quality if any player has had. Perhaps because he also acknowledged his shortcomings.

No doubt, Warne will go down in history as one of the all times great, perhaps even the greatest spinner or leg-spinner. Perhaps you would remember him as the greatest captain Australia never had (thanks to his extraordinary skills in leading Rajsthan Royals in IPL in his semi-retirement).

But being great is not easy. They make impossible look so simple, we as a fan yearn for more. Greats make you feel that even more can be achieved. It’s like that great meal, which you know is enough for you, but you just want a morsel more – even at the cost of your health.

If only all the wishes came true. 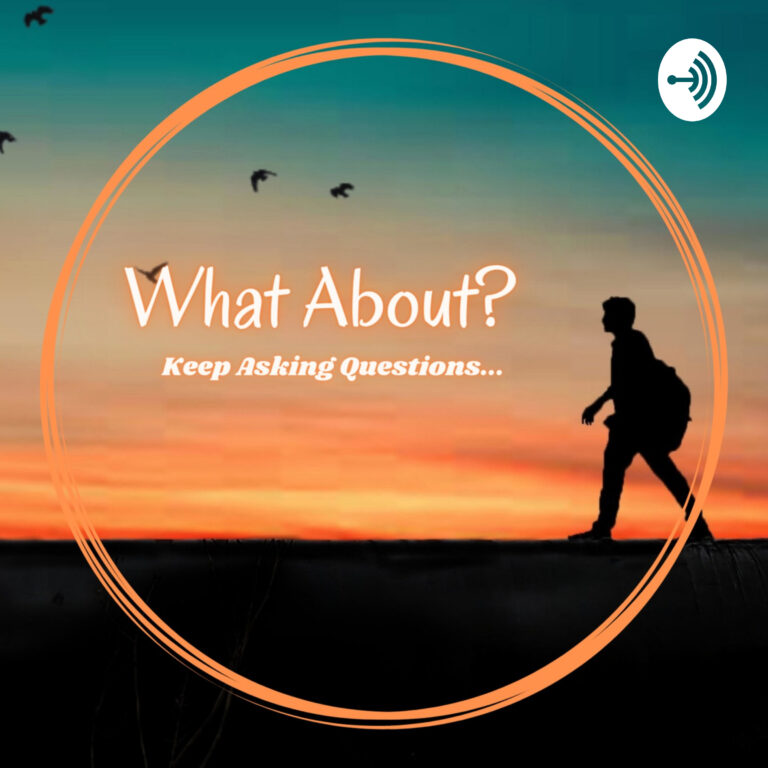 What do you do when you want to know more? You simply ask, “What About…”
Human development is a result of asking questions continuously. Of your surroundings, of what you see and also your own self…
“What About” is such an endeavor. This is about the people who did not stop asking questions.
And our tool… “What About?”
Here Somesh Verma, former journalist and TV anchor, presents you the “Stories That We Want to Tell”
If you like our effort, buy us a coffee. Be generous and head over to (we are crowd funded) https://ko-fi.com/somesh
Twitter: @WhatAboutTalks

Imagine a person coming to a country that’s 68 times bigger than his own, settling there and being awarded as Top 25 Immigrants in that country. That happened with Dr Saroj Niraula, who came to Canada from Nepal – that’s exactly on the other side of the globe and received Top 25 Canadian Immigrants Award in 2018.

So let’s not waste time and listen to his journey… This is: “What About Saroj”

If you love this episode, please buy us coffee and help in production of this Podcast. Please head over to https://ko-fi.com/somesh and make a donation 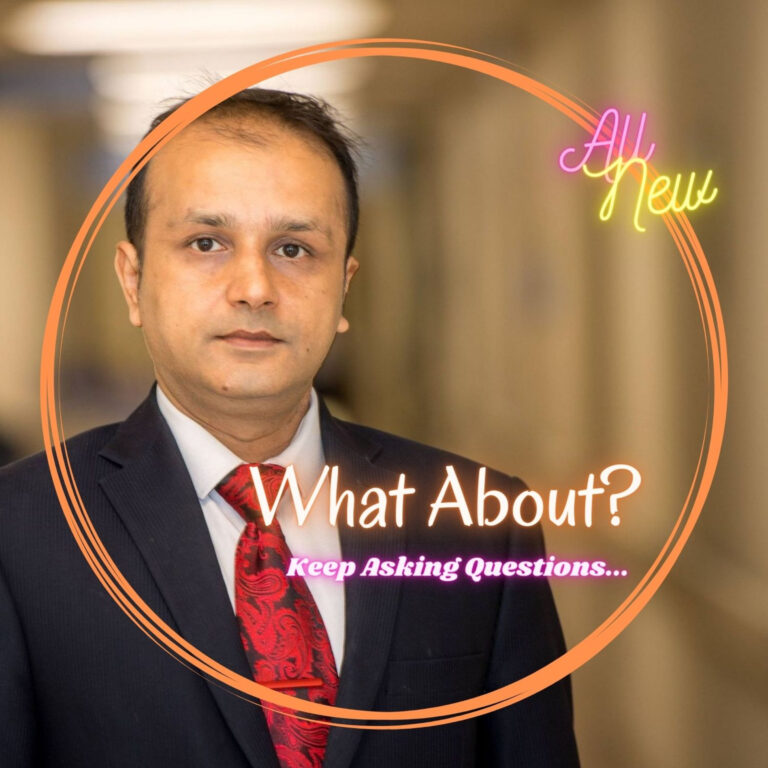