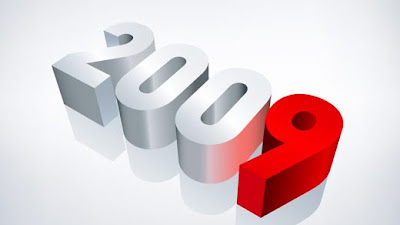 And finally, this year (2009) comes to an end. At one point, yours truly thought this might never come to an end at all, rather the year 2009 would continue till eternity, maybe even surpassing the ‘doomsday’ announced sometime in 2012. But then every good thing comes to an end – and rather surprisingly, bad ones last too, albeit longer – and this one had to bid goodbye too.

However, this year has been a notable one, for yours truly, and he is sure, as he always is (whether it’s about his buffoonery or somebody else’s), it would have been similar, if not the same, for you too. For this has been the year when entire Nepal was more interested in the exact site, setting and semantics of mole on Namrata Shrestha’s parts-in privy (as it should have been) than it was on how to walk to office (or back) in case some nincompoop party announced a bandh at its whim.
Yours truly enjoyed this year to the fullest, just as he’s been doing it for last 3 decades. For this was the year when Tiger Woods proved that he was human, and not God, which all of mortals thought he was. It was amazing why he chose to tell the world that he was human by philandering – or getting in the news a lá Paris Hilton, and not getting out-foccused by some passers-by while putting those ice-cool putts he’s been doing over the years. But the great news is, the Tiger is human after all, with the fallibility that makes some of us look like four-footed.
Amazingly, this was the year when Sachin Tendulkar proved his God-like status yet again. This is another year where he made us question: Is he human after all? People like us (the ones who can’t see others happy) would keenly be waiting for the day, when he too takes the Woods road, and tell us why we love those high ups falling down. But then… yours truly also fears that day.
This was the year when our own government took the issue of climate change to heights, literally. Just as we were thinking of minimizing our carbon footprints on earth by trying out eco-friendly ways, like closing down lights when we need them most – by increasing load shedding hours, our government took half the country to Everest Base Camp. Imagine the fuel consumption… And just when we imagined nobody can beat that, Nepal went ahead and outdid itself. With 650 people at Copenhagen, yours truly is sure, Danish government got scared thinking the bandh virus had spread to the Nordic countries too. You can bet, that was the reason China, more or less, got scared and started talking about complying with global emission cuts. (China, with some 50 times our population, amazingly, sent less than 50 people to the summit)
But then, for yours truly, the best part of the year was – when Comrade (pronounced – come raid) the Fierce One, decided to quit the all powerful seat he was holding, and called the government-in-his-absence the ‘puppet’. The Fierce One, or Mr. Awesome – as called by many – along with his partner-in-crime Comrade Red Flag (Laldhwaj, in Nepali) outdid themselves – just as we tried to forget which side of the border they were in while those ‘famous’ treaties were signed – by saying they’re ready to talk only to the forces south side of the border. Well, that said all, but we pretend we’re yet to know – and that, is the best part yours truly saw in the year that’s going by…
And lest I should forget, let’s raise a toast saying…
Here’s to the bright New Year
And a fond farewell to the Old;
Here’s to the things that are yet to come
And the memories that we hold… Amen!!!

PS: Yours truly, will, hopefully, come up with better ones next year…