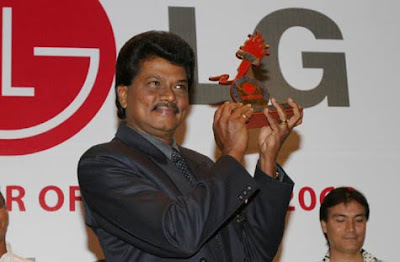 If you’ve followed this week’s sports pages and talk shows on TV closely, it would appear as if Nepali cricket is about to change. The scenes are changing and changing fast.
We are about to see the departmental teams (Police Club and Armed Police Force) in cricket. There are now 8 cricketing regions, up from existing 6. Not much needs to be said about the departmental teams and their contribution to Nepali sport. And to everybody’s excitement, APF have announced their intentions for the domestic league by signing the top names in Nepali cricket already.
With the national team captain already in their ranks, APF is sure to draw a lot of attention, should competitive cricket be held on schedule. The arrival of two teams is sure to heat up the market for the cricketers, as some regions – which are more in number now – will also see the cricket fertile lands drying up for themselves. However, this is an age for competition and Darwin’s theory – survival of the fittest – is sure to decide future of a number of cricketers.
However, all that could be termed secondary in light of a huge decision taken by the Cricket Association of Nepal. It has decided not to extend, or rather demand extension, of its long serving coach, Roy Luke Dias.
Roy entered Nepali cricket just before the Youth Asia Cup in 2001, as his wards won him the title, right on his birthday. He had told this scribe then, “This is the best gift the boys could have given me.”
This was what the Nepali cricket had to offer him. Regards, a lot of it, and sometimes too much of it… Even to the extent of inspiring awe, from many, including players and cricket officials. And why not, during his playing days, he was regarded as the most complete Test batsman of Sri Lanka. Only recently, Sunil Gavaskar, who himself was a purists’ delight as batsmen, was heard during commentary, “Roy Dias is the best Sri Lankan batsman that I have seen. Better than even modern day run machine Mahela Jayawardane.”
A long stint at any post, cannot remain without controversies. And we would do well to remember that Dias was no God. He had been a taskmaster, forcing habits into his wards, for which he was not going to be given the title of Mr. Popular within the fraternity. And he knew it. That’s because he was groomed that way. Sri Lanka was trying to make mark in world cricket during his younger days. ‘Discipline is the most important virtue you can have,’ he’d heard it many a times during his younger days. And naturally he tried to inculcate that into the people he was given charge of.
When he took the Nepali team to the U-19 World Cup in 2001, Martin Snedden, former New Zealand cricketer and tournament director asked him, “Roy, what are you doing in Nepal. You should be coaching Sri Lankan team.” But he stayed with team Nepal.
At the risk of being controversial, I would say that Roy Dias was the best thing to happen to Nepali cricket, after Nepali boys learnt to take to the field with a willow and leather ball. Not only because he helped us learn to win, but also because we learnt our own inadequacies through him.
We never groomed proper coaches, despite him being there. We did not take help, despite knowing we should. We knew he was not going to be forever, despite him saying Nepal was his second home. Every player has a shelf life, more so a coach. Many a player don’t last for half a decade, he’s been a coach of our team for almost a decade. Our failings are in not being able to read the writing on the wall.
Dias going could mark an end of an era, and a new beginning. For he would go with his head held high, having earned a second home. For many, he would still hold the charm cricket had in non-commercial days.
But the question is: Have we thought properly about an alternative and transform Nepali cricket?
(The article appeared in a weekly column of yours truly, in The Kathmandu Post, Oct 2, 2010)