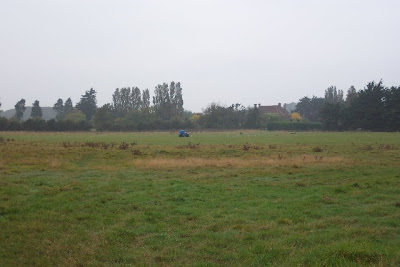 Hardly had Nepali cricket fans recovered from jolt due to ICC confirmation that the next two World Cups will be 10-team events, they were given another shock. The news of a few former national cricketers moving the Supreme Court against the activities of Cricket Association of Nepal has surprised many, at the same time raised quite a few eyebrows too.
Much has already been said by the players and officials from Ireland, the most successful of the associate nations in past two World Cups, along with Scotland, Kenya, Canada and other nations about the associates being shown the exit doors. Whether it moves the money minded ICC or not; Whether it has excluded the ‘world’ from the World Cup or not; Whether that decision will mar the reputation of cricket across the globe or not, the single decision has killed the aspirations of cricketers from the emerging nations. And that includes Nepali players too.
However, the major disappointment, and one which could have long term bearing on the sport, comes from the players’ moving court. The disappointment is not merely that the cricket governing organisation has been challenged. The disappointment is due to the fact that some people deemed it necessary that judiciary be involved in sport.
The petitioners have claimed that CAN has never conducted election of its executive committee and the association lacks financial transparency. They also claim that CAN has been exploiting players. We know that these are modern times and transparency is a must. And exploitation? That’s a word we don’t even want to hear in the sector.
However, one must admit that not everything is fine in our cricket. Less than five years of the present executive committee taking over, a sense of disenchantment has grown in. Talk to those who’ve been in the association for several years – the ones who have cricketing background – they’d tell you that the political appointees disturb the work. Talk to the so called political appointees… well, they’re never available for cricket talk. They can give you enough on why the government formation is difficult and constitution may never be drafted. Cricket is definitely not on their agenda.
If you talk to the players in the national cricket team, and if they have confidence in you, you do hear some murmurs. Dissatisfaction is there. Complains are there, but they never go on record, to save their career. Maybe CAN authorities have not noticed but that affects their motivation during matches too.
And now CAN has a court case to settle.
Time to worry? Maybe not.
Maybe this is an opportunity for those who really want to clean up cricket to come clean themselves. If everything is fine, this could be an opportunity to say so.  If not, this could be an opportunity to correct it. Transparency has not, and never will hurt development.
On the other hand, a few questions perhaps need to be asked to the plaintiffs. Court should be consulted after every other system fails. Was there no alternative left? Or were they in a hurry to get popular? Or how does it help when some from the plaintiffs openly talk only against the CAN President? Is it only him who runs the show? How do you ensure that this is not being vindictive?
This also raises a question. Could those, who moved court, not have stayed within a system and tried to improve it, rather than challenging the system itself? It is a good idea to get into the system and try to cleanse it. Maybe that helps everyone.
Now these are former cricketers and we should give them due respect. But they also need to prove their motive here. If some of these are included in CAN in near future, will they abandon this ‘crusade’ as they might like to call it?
The questions are many but the answer is simple. Cricket needs to come clean after all the hullabaloo.

(The article originally appeared in The Kathmandu Post, 9th April, 2011, in a weekly column of Yours Truly)